Zoom
While St. Louis is considered a generally affordable market, that doesn't mean that affordable housing is easily attainable for everyone who needs it. How can developers approach the challenge of providing affordable, high quality housing solutions while still making the dollars work?

Register Yourself Register Two or More
View Event Attendees
Join ULI St. Louis on Zoom for a panel discussion with real estate professionals who are tackling the challenge of providing quality affordable housing for St. Louis residents. Hear their thoughts on where they believe the challenges and opportunities are the greatest, where the tools need adjusting or reinvention, and how they think St. Louis can rise to the challenge of providing safe, quality, attainable housing for all who need it.
Featured Guests: Andre Alexander is committed to the development and growth of people across generations in a way that is unsurpassed. His passion and dedication to meeting the needs of individuals where they are, is seen in both his professional and personal life. Born and raised in St. Louis, Andre graduated from Berkeley Senior High School in 1995. He went on to study Electrical Engineering with a minor in mathematics at the University of Missouri -Columbia, graduating as one of the few African American students in his class. He completed his MBA from Webster University and his Masters of Theological Studies at Covenant Theological Seminary. Andre has held many positions in the corporate arena working for such companies as Hallmark Cards, Inc., and Alliant Techsystems as a project engineer and project lead overseeing the automation as well as development of systems to enhance manufacturing production. In his roles at Vatterott Educational Center's and Sodexho for St. Louis Public Schools, he served as the construction project manager involving the renovation of existing structures as well as new construction of facilities for educational usage. Andre’s social services background extends across the age spectrum as well as various backgrounds to include serving at risk teens as a Lead Residential Counselor at Boys Hope Girls Hope Inc. and as a Supportive Services Veterans Families Housing Specialist for Employment Connection. In 2011 he lead a launch team to organize The Tabernacle, a church plant started in 2012, where he currently serves as the lead pastor with a passion to develop and inspire all to reach their full potential in Christ. In addition to his pastoral responsibilities, he has served on the board of St. Martin’s Child Development Center, from 2012-2014, as treasurer and on the Mizzou Urban Influencers Advisory Council. Andre was the lead organizer of Tabernacle Community Development Corporation, which began in July 2014 and has been its president since inception of the organization. A key element of Tabernacle Community Development Corporation is community revitalization in the Jeff Vanderlou, The Ville and Greater Ville neighborhoods by creating quality affordable housing options while reducing vacancy. The housing initiatives have led to construction job creation with local residents and companies along with programming for tenants to aid with life skills as well as legacy planning for the future of their families. He is a pastor, engineer, author and all around family man. He is a proud husband (Tiffany) as well as father (Ahmad & Kendal) and enjoys spending time with his family.
View in Member Directory Will open in a new window 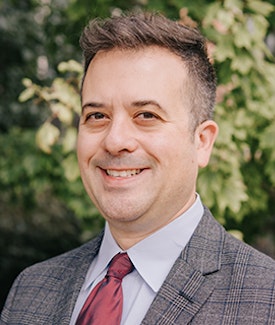 Joel Oliver joined Green Street as Vice President of Housing Development in September 2017. With over twenty years of experience in real estate development, project management, modeling, acquisition and LIHTC investments, Joel elevates Green Street’s community outreach and portfolio with his ability to identify opportunities and partners, structure complex deals and manage construction projects. Prior to Green Street Joel served as a Senior Development Manager at Gardner Capital Development. His primary responsibilities involved deal origination, coordinating with other internal deal originators and external partners on major developments from site identification through completed construction. Joel held management positions in both community development and commercial real estate entities focused on deal execution and finance including US Bancorp Community Development Corporation, ARCO Construction, THF Realty and The Kroenke Group. He received an undergraduate degree from the University of Missouri-Columbia in Business Administration and a Masters in Urban Planning & Real Estate Development from St. Louis University.
View in Member Directory Will open in a new window 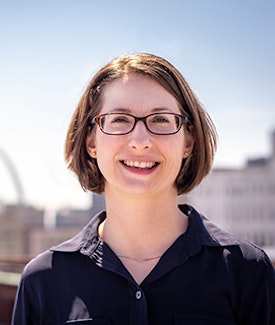 Colleen is Rise’s CDFI Director, a role she began full-time in 2021. In this capacity, she guides the CDFI’s lending and capitalization strategy and directs the growth of its operations. Colleen joined Rise in 2018 as a Project Manager, where she helped coordinate the real estate development process for Rise and its partners. Prior to joining Rise, Colleen was Asset Manager – Compliance for St. Louis Equity Fund, and Vice President of its affiliate CDFI, Gateway Community Development Fund, Inc. She has over 14 years of experience in the housing and community development finance field. She received both her Bachelors in Business Administration and Masters in Public Policy Administration from the University of Missouri – St. Louis, along with a Graduate Certificate in Local Government Management. Colleen has received her Low-Income Housing Tax Credit compliance certification from Novogradac. Colleen is an active Board member for Tower Grove Neighborhoods CDC and the Community Builders Network of Metro St. Louis and a committee member for Northside Community Housing, Inc.
View in Member Directory Will open in a new window 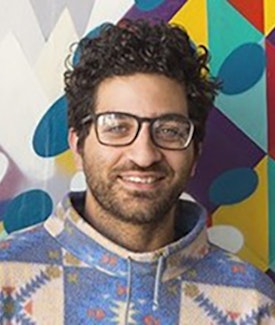 Kaveh Razani is Director of Operations for the St. Louis Art Place Initiative, which currently operates in the Gravois Park Neighborhood. As co-founder and operator of Blank Space on Cherokee Street, Kaveh has played an active role in the management of the Cherokee Street Community Improvement District, nd the many committees and organizations involved in the social, economic, and cultural growth of South St. Louis City. Kaveh is a TIGER graduate of the Regional Arts Commission's Community Arts Training Institute and is a constant collaborator at the intersection of the arts, activism, and community development.
View in Member Directory Will open in a new window