World's Fair Pavilion, Forest Park 1904 Concourse Drive Saint Louis, MO 63110 UNITED STATES
City parks, open space, and green retreats proved critical over the past year and our city is brimming with spaces like this to explore and enjoy.

Register Yourself Register Two or More
View Event Attendees
The new Nature Playscape in Forest Park is one such space that welcomes visitors of all ages and abilities. Peace Park in North St. Louis is another open space that is undergoing impressive transformation.
Join us as the professionals leading these efforts share their thoughts about power of parks and play in our cities.
We'll also explore the Playscape first-hand. See you there. In person!
Agenda:
4:30-5:00pm - Reception
5:00-5:30pm - Expert Insights
5:30-6:30pm - Tours and Mingling 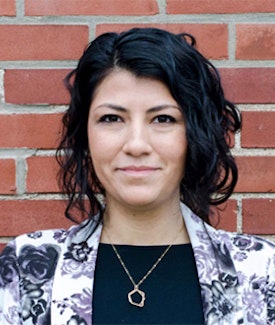 L. Irene Compadre, PLA, is the founding principal and design director of Arbolope Studio—an award-winning landscape architecture, urban design, and public art practice based in St. Louis. Founded in 2015 as an experimental, design-forward, sustainability-minded, and socially engaged design firm, Arbolope's local work includes the 100 Above the Park tower with Studio Gang Architects in the Central West End; St. Ferdinand II Homes and Triangle Park Landscape in the Ville and Greater Ville; the Krauss House Visitor Center Landscape for the Frank Lloyd Wright House in Ebsworth Park; Love Bank Park on Cherokee Street; Strauss Park in the Grand Center, and Washington University's East End Transformation & Tisch Park which Arbolope completed in collaboration with Michael Vergason Landscape Architects and KieranTimberlake. Compadre’s multidisciplinary background includes a Community Arts Training Institute (CAT) fellowship from the Regional Arts Commission. She has also earned both a Bachelor of Arts in Architecture and a Master of Landscape Architecture from Washington University, where she graduated with honors. She has continued to teach in the Sam Fox School’s architecture, landscape architecture, and urban design programs since 2012.
View in Member Directory Will open in a new window 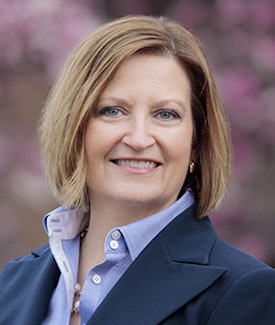 Lesley S. Hoffarth, P.E., has served as the President & Executive Director of the nonprofit conservancy Forest Park Forever since January 2010. In this role, Hoffarth has been leading the organization through strategic growth and a transition of its mission. While the organization was initially focused just on helping restore Forest Park after decades of deterioration, the conservancy has expanded its mission to partner with the City of St. Louis to sustain the Park forever, as well as improve the visitor experience. In 2011, Hoffarth successfully negotiated a first-in-the-nation innovative agreement with the City of St. Louis that forms a true partnership in caring for the Park, secures City funding for ongoing Park maintenance and builds the next phase of capital projects. Between 2013 – 2017, Hoffarth and her team undertook Forever: The Campaign for Forest Park’s Future, the most ambitious fundraising initiative in Forest Park history. The conservancy met and exceeded its $130 million goal, raising more than $139 million in gifts and pledges for the Park. Before joining Forest Park Forever, Hoffarth — a 20-year veteran of the Missouri Department of Transportation — led the $535 million New I-64 project to completion one month ahead of schedule, $11 million under budget and with a 95% public satisfaction rating. Hoffarth earned a bachelor's degree in civil engineering from the University of Missouri at Columbia and is a Missouri-registered professional engineer. She is an alumna of the CORO Women in Leadership Program and was recognized in 2008 as one of the CORO Leaders of the Year for St. Louis. She is also a distinguished member of the MU Academy of Civil Engineers and was recognized by the Girl Scouts of Eastern Missouri as a 2009 Woman of Distinction. In 2014, Hoffarth received the Woman of Influence Award from Webster University and the Trailblazer Award from the St. Louis Forum. In 2016, she was named one of the St. Louis Business Journal's Most Influential Business Women. Hoffarth is a considered a leader within the field of park conservancies and management, meeting regularly both regionally and nationally to facilitate the sharing of best practices, collaborate on solving shared challenges and elevate the profession of urban park management.
View in Member Directory Will open in a new window