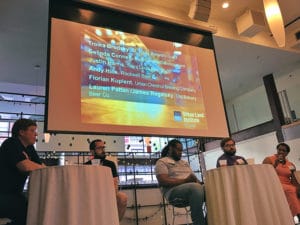 While the iconic Anheuser-Busch (AB) InBev brewery in South St. Louis has long defined the depth of the city’s DNA in beer making, it also hints at the role craft breweries are playing in revitalizing neighborhoods.  “If you drive by the brewery, you see the sign on the façade saying ‘Come visit us,’” said Andy Hille, founder of Rockwell Beer Co., a craft brewery opening soon in St. Louis’s Grove neighborhood.

“Brewers are selling an experience – the experience of craft beer and the neighborhoods in which they are located.”

Hille was among four St. Louis brewers that were part of a May 18 panel discussion hosted by the Urban Land Institute (ULI) St. Louis entitled “Why every neighborhood needs a brewery.”  Joining the brewers on the panel was Gelinda Connell, project manager for Park Central Development, a community development corporation working to strengthen and attract investment in certain city neighborhoods. Troika Brodsky, executive director of the St. Louis Brewer’s Guild, led the discussion and added his insights.

There was a time before prohibition when St. Louis had more than 40 breweries. By the 1980s, however, that number had dwindled to just two, including the world’s largest brewer Anheuser-Busch. When AB sold to InBev in 2008, the foundation of the city’s beer culture shifted. Brewmasters and beer drinkers rebelled and sought something different, something that still belonged to the local community. Today, according to Brodsky, St. Louis’s beer scene is again thriving with 50 separate breweries operating locally. Among them is Urban Chestnut Brewing Co., led by Florian Kuplent, a former AB brewmaster. Urban Chestnut opened in St. Louis in 2010 and, by 2014, was ready for a second location with greater capacity. 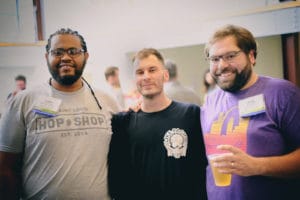 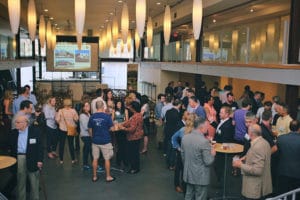 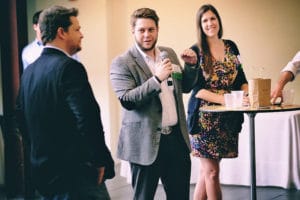 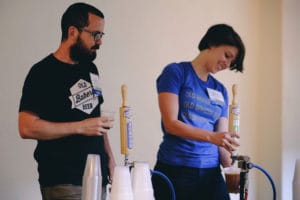 Special thanks to Justin Foizey with Keeping Tabs STL for the capturing the event on film!